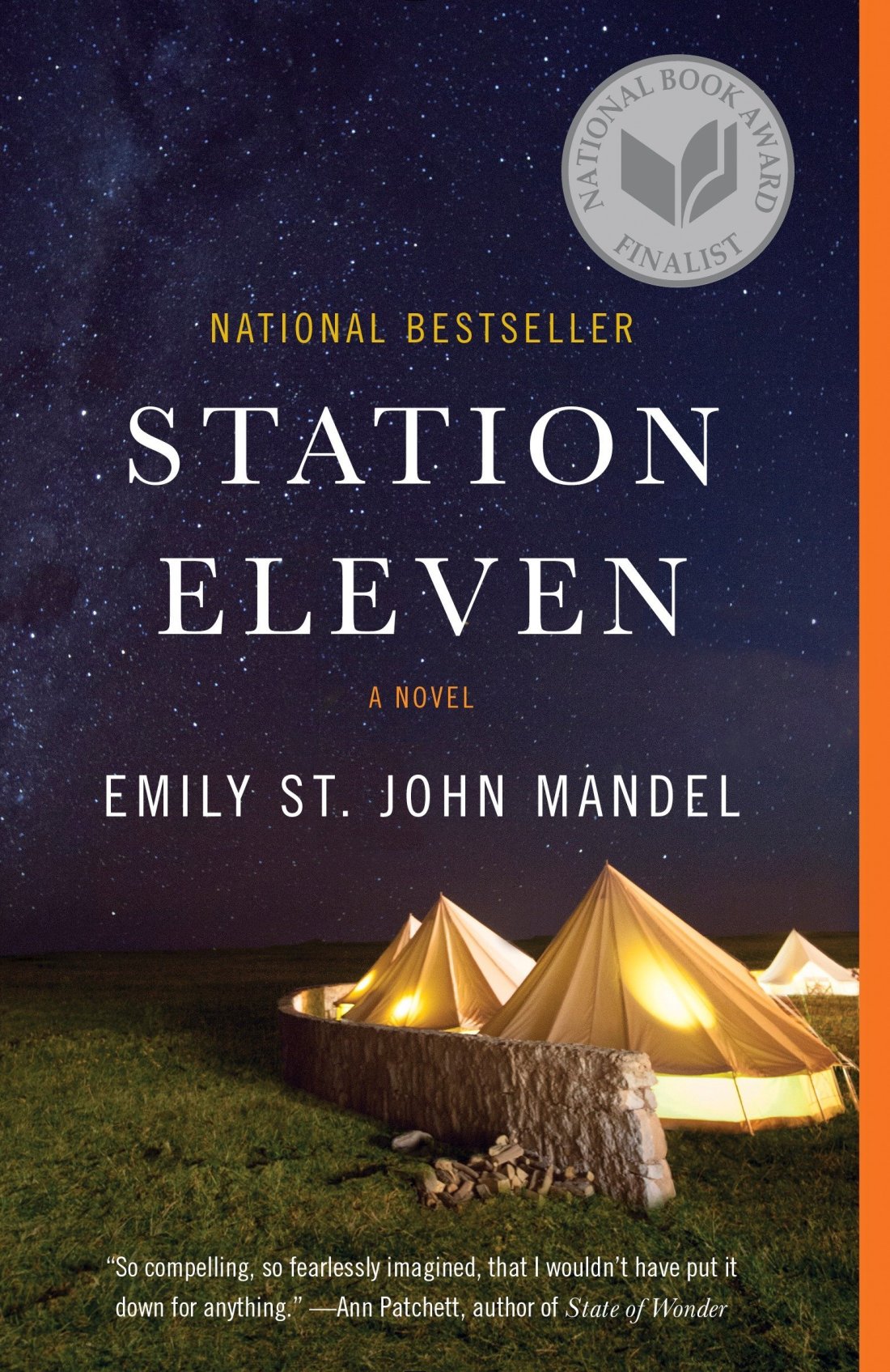 “The beauty of this world where almost everyone was gone. If hell is other people, what is a world with almost no people in it?”

Station Eleven by Emily St. John Mandel is a post-apocalyptic ode to human invention with meticulous pacing and a number of strong central characters. Mandel finds fascination in things we in modern society take for granted: a computer screen glowing in a dark room; the satisfying sensation of warm running water; bright lights shining in the distance, beckoning us towards a city which we know is safe and filled with food.

The narrative shifts between characters during the initial outbreak of the hyper-deadly virus and a group of actors and musicians who, after the fall of modern civilization, wander through towns performing Shakespeare. We’re shown why “survival is not enough” and the importance of art in difficult times.

It’s easy to get engrossed: the pacing is absolutely rock-solid, so I tore through the whole thing in one sitting. I started out liking very few of the people whose perspective we take as they’re all so deeply flawed, but finished (for the most part) understanding why they act the way they do. The shifting perspectives give us different views on the same events and cast things we thought we understood in a new light. Mendal has a good eye for the way emotion and tragedy can turn people inward, and how small events can seem monumentally important to the person they’re happening to.

There’s an interesting perspective on the way humans impact the environment, eschewing the more common portrayal of humans as a purely destructive force on the landscape, and the atmosphere is thick with melancholy. Mendal always returns to the beauty humans can create together, whether it’s through architecture, electricity, or stage performances, and this makes watching the world falling apart sorrowful rather than merely frightening.

The biggest problem is that the ending action sequences with the troupe of artists aren’t as tense as they’re supposed to be. By this point I’d already watched the end of the world, and Kristen felt like a composite-human created to show the traumatic effects of a post-apocalypse who isn’t characterized distinctly enough to carry the future sections by herself. Whether the ragtag symphony survived a dramatic stand-off just didn’t feel important, as I didn’t know or like any of these people anywhere close to the same degree as Miranda, Clark or Arthur from before humanity’s fall. As such, the climax lacked emotional investment.

Still, Station Eleven was intriguing and, despite its inconsistency, a lot of fun. The mood is sad but tender, and there’s some nice writing strewn throughout. I wish it was more even, but if someone was looking for a real page-turner with a nice sense of pathos it’s worth picking up.