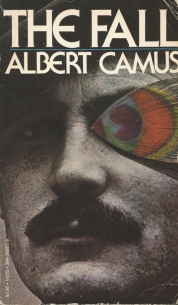 “A single sentence will suffice for modern man. He fornicated and read the papers. After that vigorous definition, the subject will be, if I may say so, exhausted.”

Albert Camus, the French-Algerian novelist and Absurdist, lived what many would describe as an eventful life. He fought in the French resistance during World War 2, won a Nobel prize before he was fifty, and essentially founded a philosophical movement which still holds sway today. As his legions of fans over the last century would tell you, although probably not with this phrase, he was an unquestionable badass who lived by his convictions.

It’s therefore striking how often his work focuses on the unexceptional. His characters are not naturally brave and strong; they are ordinary men put in difficult circumstances which are nonetheless everyday: disease, melancholy, death.

The subject matter of The Fall, as with much of Camus’ work, could be fairly called depressing. On the surface, it’s the tale of a fallen socialite with a lot to say about the nature of truth and self-deception. You’re at a bar one night (the novel is a second-person narrative) and a stranger wants to tell you about his life as a judge-penitent. You don’t know him, or have any way of verifying if he’s speaking the truth. He seems arrogant, but intriguing. Do you listen?

After watching a woman commit suicide one day, this man found his mind slowly unravelling. He didn’t try to stop her. He didn’t even move. The world has shown him that he is ordinary and selfish. He’s come to some radical conclusions about the universe in the last few years, so listen up.

Camus’ tone is as witty and dry as ever, and due to the abundant grin-worthy aphorisms this novel almost works as a black comedy. The narrator is so melodramatic and slimy that it’s extremely entertaining if seemingly bleak. Deception is a running theme in his tale, and you question just what you’re being told is true and if that even really matters.

This is the kind of book that doesn’t read well if the reader isn’t willing to grit their teeth and wonder just what the hell the author is trying to get across. Passive readers, much like passive people, don’t have much luck in Camus’ universe. With the short page length, though, it’s worth your time. 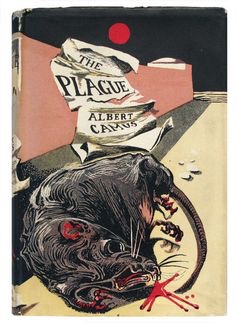